I’ll admit it…I have a love hate relationship with the Daimler SP250. On the one hand, I love the whole idea of big horsepower in a small British roadster, but can’t really warm to the front end. Even so, there’s a whole lot to be said for the idea of this British rocket.

Take a proven chassis from Triumph (the TR4), marry it up to a robust (by the standards of the day) hemi-V8 and swath the whole thing in a bespoke body (fiberglass no less). Today we might consider the Daimler a “kit” car but in it’s day it was really not that much different than any of a number of small British manufacturers who based their cars on another company’s engineering and added their own body design or mechanical features. In the same period the Elva comes immediately to mind.

In profile you can really see the sleekness that endears it to it’s collectors and it’s hard (at least for this horsepower junky) to not get excited about the V8 lurking under the bonnet.

My Daimler print comes nicely optioned with wire wheels, rear bumperettes and full front bumper but you can spec your illustration to your own taste using the options box on the order form. If you have something on your 250 or Dart that I don’ have on the list, just let me know what it is and, chances are, I can pen it in for you. 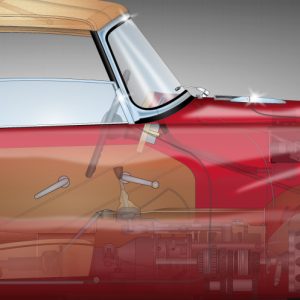 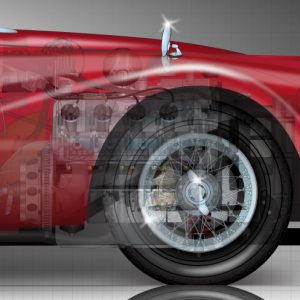 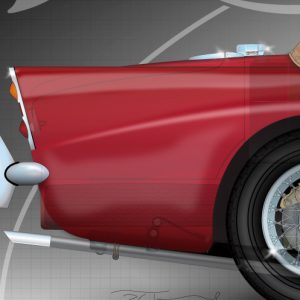 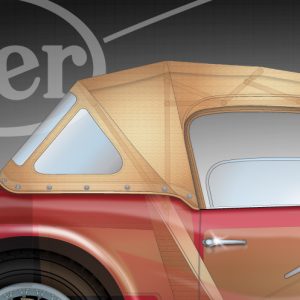