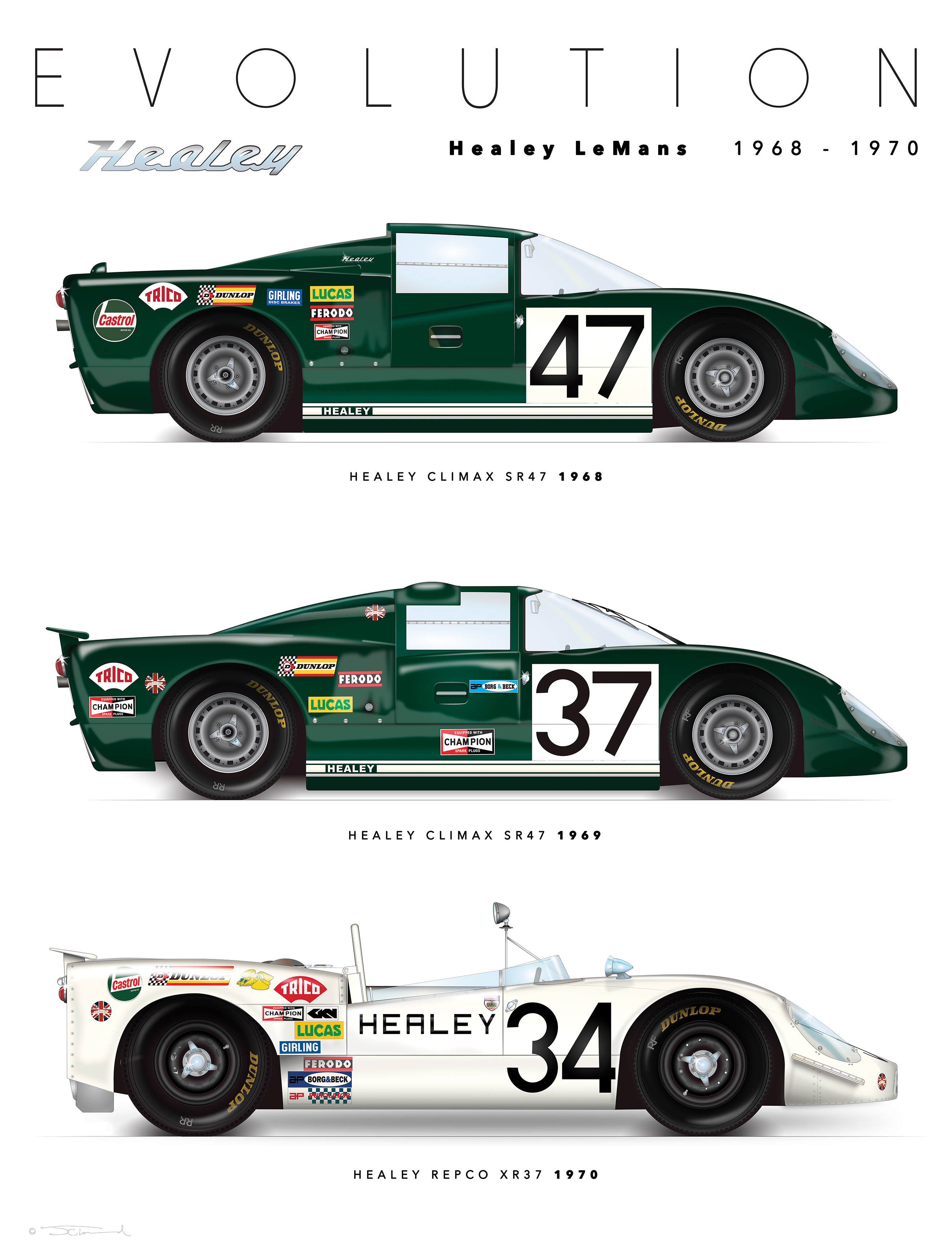 With the demise of the Austin-Healey brand, Donald Healey was left with an empty Warwick factory and a keen desire to re-establish the racing reputation of Healey cars. With the drive to compete again at LeMans burning bright, a fully equipped place to develop a car and a group of “men in sheds” to help him make the dream real he embarked on a mission to build a completely British car that would compete at the top of the game. Developed nearly completely in secret, Healey’s first effort was the SR-47, followed the next year by the SR-37, with the final example, the XR-37, debuting for the 1970 running of the French classic. Sadly none of these entries ever made it across the finish line but they remain a noble effort and a testament to the man who’s inspiration gave us the Austin-Healey and the Sprite among other iconic British sports cars.

Prints are shipped in sturdy cardboard mailing tubes vis USPS 2-Day Priority mail within the continental United States and via USPS First Class International mail to most places throughout the world.

There are no reviews yet.